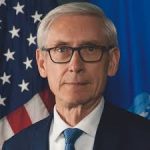 Wisconsin Governor Tony Evers tells the president farmers in this state are suffering what he calls a “triple whammy” of trade uncertainty, low commodity prices and bad weather.  Evers has written a letter to President Trump asking him to end his trade wars with other countries.  The Wisconsin Democratic Party held a Monday news conference to criticize the president for his tweet a year ago calling for a boycott of Harley-Davidson motorcycles.  That controversy was also centered on tariffs.