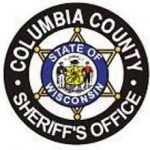 Columbia County Judge Troy Cross wasn’t buying a truck driver’s story that when he slammed into a school bus filled with kids last May…it was just a mistake and an accident.  Cross sentenced 43-year-old Wayne Murphy to more than 20 years in prison after a jury found him guilty on 30 counts.  Prosecutors said Murphy was on drugs.  Dozens of students on the bus were injured, with five suffering serious injuries.  Murphy made the judge mad when he tried to blame the Milwaukee school for putting its students on a faulty bus.