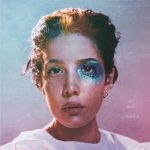 Tomorrow, singer and songwriter, Halsey, will be dropping her much anticipated third full length album, Manic. The “Without Me,” singer’s new album will feature 15 songs with hit singles such as “Graveyard,” “You Should be Sad,” and, of course, “Without Me.”

Also tomorrow, tickets go on sale for her North American tour promoting the album, during which she’ll be making stops in both Milwaukee and Chicago! All purchases of concert tickets come with a free copy of Manic.

Rising to fame after featuring on “Closer” with The Chainsmokers, Halsey has made quite the name for herself. Though, Halsey isn’t her real name. Born as Ashley, she decided to go by a stage name because she didn’t like being Ashley, a person she described as being “weak and silly and sad” during an Instagram live-stream. After trying out many different stage names, she ultimately decided on Halsey because it was the name of a New York City subway stop she spent a lot of time at, as well as being an anagram of her first name.

At this point you’re probably thinking, “Okay, cool, her real name is Ashley, but why is that important?”

For her other albums, Badlands and Hopeless Fountain Kingdom, she wrote them based on her perspective as Halsey. Whereas Manic will be from the perspective of Ashley, giving fans a closer look into who she really is.

The new album drops tomorrow and will be available at all major retails, with a special deluxe version being sold at Target.