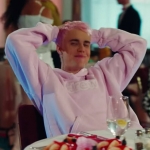 There was a time when Justin Bieber ruled the world, where every song he released was a guaranteed hit. Unfortunately for Justin, it seems those days are over.

In fact, his new single, “Yummy,” was ranking so low on the charts that he turned to social media and begged his fans to stream the single, even showing them illegal ways to help boost ratings.

Bieber then went so far as to say that he would not go on tour this summer if the single didn’t go number one.

His tour is set to make a stop in Milwaukee where he will perform at Summerfest, but if the single doesn’t rise who knows what will happen. If you already got your tickets, I wouldn’t worry too much. Since the social media plea, the single has risen to the number two slot on the Billboard Hot 100 and it’s only a matter of time before beliebers make it go number one.