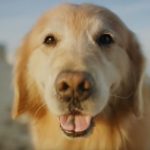 The story seen by millions in one Super Bowl 54 ad is having an impact.  The Petco Foundation is donating 250-thousand dollars to the University of Wisconsin-Madison School of Veterinary Medicine. Technically, the donation was announced last Friday.

It comes after the story of Scout, a seven-year-old golden retriever, went viral.  Scout had a rare and aggressive form of cancer, but, after treatment at the university, Scout is now nearly cancer-free.  His story was contained in a 30-second ad that aired during the Super Bowl.