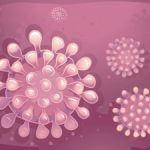 (Madison, WI) — A Wisconsin resident who returned from a trip to China last week has been sickened with a new virus that originated there. They are the first confirmed case in the state and the 12th in the U.S. Madison Mayor, Satya Rhodes-Conway said Wednesday that the adult patient went straight from the Madison airport to the University of Wisconsin Hospital emergency room where they were tested for the virus and they have remained in isolation at home ever since. No other details about the person were released. Health officials stressed that the risk to the public is low.