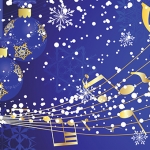 Even though it was released over FORTY years ago in 1975 it turns out the Queen hit “Bohemian Rhapsody” just became the most streamed song from the 20th century. It did so by passing 1.6 billion, that’s with a “b”, streams. When guitarist Brian May found out, well he was pretty excited. “Very happy that our music is still flowing to the max!” May said.

The hit song is off their album “A Night At The Opera”, and I know sometimes biopic movies can exaggerate a bit but in the movie released this year that shares a title with the hit song no one seemed to be a fan of the song or the album in general because they thought it wouldn’t be playable on the radio. Can you imagine being on the wrong side of this one?

This song for me personally stands the test of time. I was born in 1993, eighteen years after the song initial release, and I can absolutely vouch for this being a top streamed song. Heck, I might be responsible for 35% of those plays. ‘Bohemian Rhapsody’ is a go to, slam dunk, can’t miss song when you’re out with friends. Someone plays it at the jukebox or on the speakers at someone’s house and everyone in the room knows every word and it’s guaranteed to liven things up. Not to mention how everyone loses their minds when the guitar and drums come in after the “devil set aside for me” line. It’s the true test of a legendary song when it can still be played by younger generations more than forty years after its initial release.

In case you wanted to know the remaining of the Top 5: