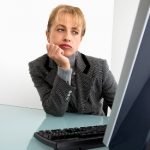 How can we possibly be bored? We’ve got nearly every song ever recorded by any major artist two clicks away. Movies on the go, as long as your phone is fully charged. You could probably kill a couple of hours just going through all the pictures you’ve ever taken on your phone. Even from two or three phones ago that just keeps collecting every time Cell Company transfers all your data to the new phone. As adults, apparently were bored all the time.

“A survey of 2,000 Americans finds that for the average adult, more than a third of their year is spent in boredom. According to research calculations, that’s 131 boring days per year.”

You know what…go read a book.