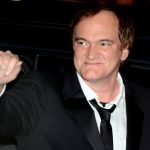 Every time a Quentin Tarantino movie is released, it seems to be a global event. You HAVE to go to the theater and see it when it’s released, you can’t wait until it arrives on Blu-Ray, Netflix, or wherever. It’s a rare feat to achieve in today’s comic book movie driven world. Tarantino movies are still appointment viewing.

That still holds true for this weekends Once Upon a Time In Hollywood which stars the likes of Brad Pitt, Leonardo DiCaprio, and Margot Robbie. It seems almost too big to fail, and based on early reviews, it’s being heralded as some of Tarantino’s best work.

The folks at CableTV.com looked at what Tarantino movies are the favorites in each state, and they found some interesting results:

You can find the whole report here.

Tarantino is my favorite filmmaker, and with this weekend’s release I wanted to rank my Top 5 films from the iconic director. But you don’t want just my thoughts. So before we get into my ranking I asked John Archer, who occasially fills in for me on the afternoon show what his favorite Tarantino flicks were. This is what he came back with:

5) Here’s the place I’ll tentatively place Once Upon a Time… In Hollywood. I’m going to see this in theaters, and it has a lot of promise. I mean, can a movie with both Leo and Brad Pitt be anything other than a smash hit? We shall see.

4) Django Unchained – The only Tarantino film I’ve seen in theaters to date, this one introduces one of Tarantino’s best characters of all time, Leonardo DiCaprio’s Calvin J Candie. Jamie Foxx is incredible as the titular Django.  This may be Tarantino’s most violent flick (which is really saying something), but if you can handle the violence it’s a rewarding watch, and a great example of the revisionist history that the director has tackled with his latest few films.

3) Pulp Fiction – I don’t think I could say anything about this movie that hasn’t already been said. The ultimate Tarantino experience.

2) Reservoir Dogs – It was actually the last Tarantino movie I saw, and the second it was done I wished I’d seen it sooner. Harvey Keitel is fantastic as Mr. White, and this might be my favorite Steve Buscemi role of all time. Of course, every gruesome second we have with Mr. Blonde and his captive police officer is visually arresting (ha ha). What an incredible achievement for his directorial debut.

1) Inglorious – Hands down my favorite Tarantino movie. The introduction of Christoph Waltz to American audiences might well be his most memorable film, as his turn as Hans Landa is equal parts gleefully over-the-top and chillingly intimate. Brad Pitt as Aldo the Apache is hilarious, and all of the scenes with the “Inglorious” are quotable and extremely satisfying. it just returned to Netflix, and you can bet I’ll be watching it soon.

Alright, I’ll start of by saying that Once Upon a Time in Hollywood already cracking his Top 5 without him seeing it is a WILD move. Would I be surprised if it did once he actually sees it? No. That being said putting a movie you haven’t seen yet in your Top 5 is crazy, but to each their own.

5) Django Unchained – The question could be posed “did Tarantino have the right to make this film”? Regardless of your answer to that question it’s hard to ignore the acting, writing, and directing in this film. Jamie Foxx is great as the titular Django, Waltz continues his dominance as Schultz, and Samuel L. Jackson and Kerry Washington crush their individual roles. But it’s our introduction to Leonardo DiCaprio’s Calvin Candie that steals the show. A vile, disgusting, repulsive character who is as chilling as he is violent. Tarantino did a stellar job creating the character and DiCaprio delivered the performance. Him not getting nominated for an Oscar for his role is a travesty.

4) Jackie Brown – It’s Tarantino’s most mature and warm movie. You coul also argue it’s the funniest, and the scene between Samuel L. Jackson and De Niro in which they discuss what happened to Melanie is some of the best laughs you’ll get in a Tarantino flick. It was his second film and continued his great entrance into the film world.

3) Reservoir Dogs – Tarantino’s directorial debut was nothing sort of phenomenal. Talk about putting yourself on the map. You can make the case, and I think it is, that it’s Buscemi’s best role. Trying to pick your favorite “Mr” is like trying to pick your favorite child, but let’s not lie, we all have our favorite right? Harvey Keitel is incredible and this film was quite the way to introduce yourself into the film industry.

2) Pulp Fiction – Listen. It’s all been said as John so eloquently put it. It’s an all timer with some of the greatest individual quotes and scenes ever. Christopher Walken’s cameo during “The Watch”, our introduction to Mr. Wolfe, and Samuel L. Jackson kindly asking if Marvin if he speaks English will all stand the test of time.

1) Inglorious – You could make the argument Pulp could be #1. But this is my list so this is my choice. It’s rare that every moment of a film, from the opening scene to the final credits is captivating, memorable, and also funny. This movie does it all.  It is most people’s introduction to Christoph Waltz and the opening scene at the LaPedite Farm is my single favorite scene in cinema. It’s not just that though; Brad Pitt’s “Aldo the Apache” is over the top stellar. Not to mention we get about ten minutes of screen time from Michael Fassbended but he crushed quite literally every second. It’s tremendously quotable, re-watchable, fantastic. It’s Tarantino’s masterpiece.