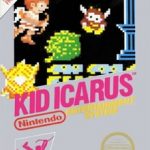 I still like to drag out my Atari and Nintendo from time to time. There are still levels I have never concurred or games I’ve never played. I shouldn’t be surprised that there are others who like to do the same. Nintendo recently released mini versions of their classic NES and Super Nintendo with amazing success. These were really hard to find in stores, AND ONLINE the last couple of years. Still, cool places like Preplayed in Madison (they have 2 locations BTW) buy and sell original games from back in the day. Most are, what they call “loose carts,” meaning it’s just the game cartridge with no game manual or original packaging. Some games are pretty common and sell for a cheap price, and some are very rare and cost well over $100 or more. Those carts could even be loose with torn labels and still fetch some good money. Then…there are games that never get opened, or “still sealed” and these could be a nice windfall for you. Just recently a man found a brand new game from 33 years ago that looks like they just bought it yesterday. It was even found with the same JC Penny receipt and bag that it was put into the day it was bought!