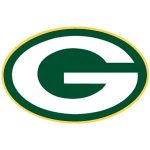 Last night’s Thursday Night Football contest between Green Bay and the Philadelphia Eagles was one of the best TNF games in a long, long time. Traditionally these match-ups are divisional round games that leave a lot to be desired. Look at last week’s game between Jacksonville and Tennessee for example. This week was different though, pitting two of the NFC’s best with the Pack and Philly. Let’s take a look at some of the takeaways from last night’s contest.

The Packers ended up losing this game by seven points, but should have had way more points on the board than the 27 they finished with. Twice they moved the ball deep into Philly territory early in the first half and had to settle for Mason Crosby field goals. Hindsight is 20/20 but if Coach LaFleur was expecting the shootout we ended up getting you have to know trading field goals for Eagles touchdowns won’t get the job done. I would’ve like to see them be more aggressive in those situations and maybe go for it on fourth down.

The two biggest missed opportunities though were the two trips INSIDE THE PHILADELPHIA FIVE YARD LINE that ended up resulting in no points. Can you tell I’m upset with that one? On the first trip the Packers had first and goal at the Philly one yard line due to a Eagles pass interference call. The run game had struggled mightily until then, but not even attempting ONE run, even a quarterback sneak at the one yard line, is egregious. Instead the Packers attempted four pass plays and failed to score.

The second trip was the final drive of the game, when once again the Packers were inside the five with a chance to tie the game. Rodgers forced a pass to MVS that resulted in a game ending interception, and he missed Darrius Shepherd who was open in the corner of the endzone.

Listen I like LaFleur a lot. I think he has the potential to be a really good coach. That being said there was no doubt some questionable play calls in this game. Most of them came in the already mentioned goal line missed opportunities, but the other thing I wanted to highlight was the run game. That’s because it was nonexistent. The Packers time and time again tried to establish the run on first down with no success. The Eagles defensive front is too good and for whatever reason Green Bay just kept trying. Once the finally did abandon the run in the fourth quarter and opted to throw on first down they moved the ball with ease.

What makes this worse is the fact the Aaron Rodgers and the pass game had ZERO issues moving the ball. He finished with 422 yards and two touchdowns, with that game ending INT happening on a deflection. At some point you have to realize what is and isn’t working, and the Packers realized way too late that the run game wasn’t working. Although trying maybe more than once at the goal line wouldn’t have been the worst idea.

Maybe We Should’ve Pumped the Brakes On the Defense:

The first three quarterback the Green Bay defense went up against, in order, were Mitchell Trubisky, Kirk Cousins, and Joe Flacco. You could legitimately make an argument all three of those quarterbacks are in the bottom third of starting NFL quarterbacks. That being said the Packers did a great job of sacking the quarterback and getting takeaways against those three teams. In this one they did neither, recording zero sacks and zero takeaways.

This is compounded by the horrendous run defense. We saw Dalvin Cook and the Vikings have success on the ground a week ago and then Miles Sanders and former Chicago Bear Jordan Horward just feasted on this Green Bay run defense. They rushed for 159 yards and averaged over six yards per attempt. This will need to get fixed ASAP. The Packers travel to Dallas to take on Zeke Elliot and one of the best offensive lines in football.

“Classic Packers” Feel In This One:

Aaron Rodgers and DaVante Adams played their best games of the year. They carried the team and the defense let them down. Sound familiar? As mentioned Rodgers threw for more than 400 yards and two scores, and some of his throws looked like the Rodgers of old; threading the needle and throwing from platforms most people can’t imagine. He also looked more mobile than we’ve seen him in the past.

Adams feasted early in the first half. The Eagles simply couldn’t stop him, which makes the decision to unsuccessfully run the ball on first and second down even more frustrating. He ended up leaving the game in the fourth quarter with a toe injury, but according to Ian Rappaport it’s nothing major. However they may be cautious with their star wide receiver.

The Packers get a mini-bye before the head to Dallas for their next matchup with the Cowboys. Like I mentioned earlier, what we saw from the pass game was encouraging in this one, but if the run defense can’t be solved before they go up against one of the league’s best running backs; 3-2 is more than a real possibility.