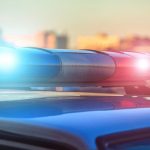 When they are caught, three women who used pepper spray to get away after shoplifting may find themselves facing upgraded charges.

The incident happened Sunday night at two stores in the Pleasant Prairie Premium Outlets.  When employees of the Nike and the UGG outlet stores tried to stop them, they were sprayed with the chemical.

Nine people wound up needing medical treatment, including some customers.  In one case a suspect pinned a worker against the door and punched them a couple of times.

That and the use of the pepper spray may result in robbery charges instead of shoplifting.