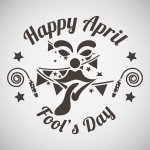 Today is April 1st, which means it’s officially April Fool’s Day! I don’t participate in the events brought on today as much as I used to when I was younger, but back around 2nd I used to go all out. Whoopie Cushions, fake broken windows, you name it, I tried.

But, the best prank I pulled came with the help of my younger sister, Ashley. Together, we teamed up to take down a bigger target: our mom.

My poor mom, she’s so easily scared and even easier to rile up, so she was the target of a lot of our pranks, but this time we were determined to make it the best prank ever.

Every year my family throws a big 4th of July party and every year we have leftover small fireworks and the poppers (the things you throw at the ground and they, well, pop). So, on the morning of April Fool’s Day 2008, Ashley and I woke up early and grabbed roughly eight boxes of the poppers.

Very quietly we snuck our way out into the garage and put two boxes worth of poppers under each of my mom’s car’s tires, then went back in to get ready for school.

Ashley and I could barely hold it together as we got into the car, knowing our mom was about to back over the poppers. When mom put it in reverse and backed over them, the pops were so loud it sounded like we blew up a tire. Meanwhile, my mom screamed the entirety of backing out the car.

We got yelled at for the majority of the way to school, but ultimately we laugh about it now.

Moral of the story: Look under your tires before leaving today!