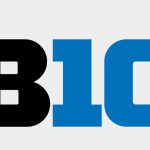 The Big Ten is close to postponing the football season from fall to spring semester because of the pandemic, with an announcement expected in coming days, according to multiple news outlets.

Big Ten chancellors and presidents met Sunday for a second consecutive day, according to reports, and there also was a meeting of the Power Five conference commissioners.

The Dan Patrick Show tweeted this morning that both the Big Ten and SEC have in fact decided to cancel fall football. The post read:

“DP (Dan Patrick) was told an hour ago that the Big 10 and Pac 12 will cancel their football seasons tomorrow… The ACC and the Big 12 are on the fence. And the SEC is trying to get teams to join them for a season.”

If the Big Ten announces their plan to shut down fall sports, the move comes five days after the league announced a revamped ten game schedule for the fall football season, along with detailed protocols for COVID-19 testing.