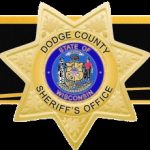 The Dodge County Sheriff’s Office reports four elderly people were wounded in a mass shooting at an apartment in Mayville.  Two of the four were airlifted from the Spring Glen Elderly Housing facility to trauma centers and they are in critical condition.  One of the critical patients is said to be the shooter.  No names have been released.  The incident was reported by a 9-1-1 caller shortly before 7:30pm.  The sheriff’s office, Mayville Police, and the Wisconsin Department of Justice are investigating.