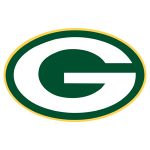 Running back Aaron Jones was dominant, rushing for a career-best 168 yards and catching passes for 68 more, while scoring three times.  His 75-yard TD was the longest scoring run for a Packer in 16 years.

Quarterback Aaron Rodgers connected on 18-of-30 passes for 240 yards and two scores – one to Jones and one to Robert Tonyan.

In the third period, pressure from Rashan Gary led Lions QB Matthew Stafford to throw an interception that turned into a pick-six for Chandon Sullivan.

The Lions were playing without several key injured players, but the Packers were also shorthanded with the absence of defensive tackle Kenny Clark and starting right guard Lane Taylor.

Davante Adams, Corey Linsley and Tyler Ervin left the game with second-half injuries.  The Packers’ next opponent will be the New Orleans Saints on Sunday Night Football.