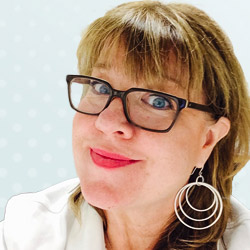 If I had the time I would eat a better breakfast, but I work at 5am AND I’m busy parent so…a bowl cereal is just gonna have to do some days. Maybe some toast now and then too. I’m a little burned-out on Cheerios, so I went back to an old favorite this week. Cinnamon…… END_OF_DOCUMENT_TOKEN_TO_BE_REPLACED

New Coke Is Back For A Limited Time, One Man’s Tale

Why are people saying “no thanks” to the possibility of having the 1985 coke formula back for a limited time!?! Unless this is a major success, I believe this is only going to be an extremely limited thing. The tie in with the new season with “Stranger Things” is brilliant. The new season starts July…… END_OF_DOCUMENT_TOKEN_TO_BE_REPLACED

Hmmm, I’ve had the Fiesta Corn from Del Monte before, it’s good, but you may want to wait a while to buy a can. It’s being recalled. Look on your can for this UPC number “24000 02770,” it’ll be on the label, and the recalled cans also have “Best if Used By” dates of… August…… END_OF_DOCUMENT_TOKEN_TO_BE_REPLACED

Are you IN for the Green & Gold Getaway?

How exciting is it to be half-way through the Green and Gold Getaway? Well, I’m really happy for all of the qualifiers so far, but there’s still a ways to go with this. This year we have been getting qualifiers two ways, either by an online registration or by listening to WSJY during the workday.…… END_OF_DOCUMENT_TOKEN_TO_BE_REPLACED

Pure Joy – Woman Is Reunited With Favorite Childhood Board Game

I love to play board games, I like to play cards too! I’m glad our boys are getting old enough so I don’t have to keep holding back and not just completely annihilate ’em at Uno. I think if you asked Ryan what his favorite board game is, he might say Mouse Trap, with my…… END_OF_DOCUMENT_TOKEN_TO_BE_REPLACED

I’ve been working in radio for nearly 25 years, seven of them hosting the morning show for 107.3 WSJY. Having my Dad in radio may have had an influence for getting into broadcasting. 😉

I started right out of high School and ran board for Cubs baseball on 1290 WIRL. I quickly became more involved with recording weather forecasts and cutting commercials, and before I knew it, I had an afternoon air shift on 106.9 WSWT. I later moved to Stevens Point and worked three years for 97.9 WSPT were I met my wife, Melanie. I then looked for a job in Southern Wisconsin, and that’s where I found an afternoon shift on WSJY.

We started a family and now have three wonderful boys that keep us on our toes. Before long, I became the morning host for one of the biggest signals in the state line area and I’m happy you can join me weekday mornings on 107.3 for Southern Wisconsin’s best music variety.